The last stretch of Dover tram track lifted for preservation

Work has started in De Bradlei wharf car park on the latest phase of Dover Port’s Western Dock redevelopment. An early part of the work is the lifting of 45 yards of the old tram lines which once ran through Northampton Street, long since demolished.  The track, complete with its granite setts, is to be moved to Dover Transport Museum where it will be re-laid in the museum grounds. 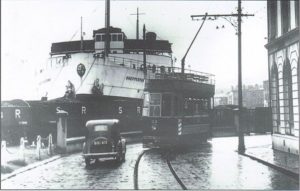 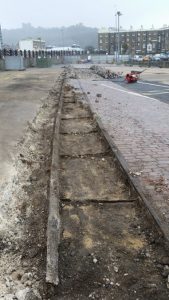 On its opening in 1897, the Dover tram system, only the second corporation system in the country, was hailed as an example for others to follow. “Leeds first, Dover second, the rest nowhere,” was the report in Railway Magazine. Following its closure in 1936 the system was dismantled and the trams destroyed. The only other surviving remnants of the system are the tram shelter in Folkestone Road and the old tram depot building at Buckland, now Hollis Motors. 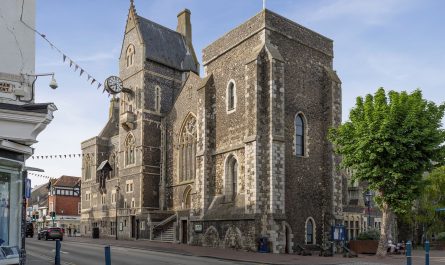